René Magritte’s famous surrealist painting The Castle of the Pyrenees, which depicts a great castle-topped rock dangling in a blue sky over a choppy sea, has hung in the Israel Museum’s Modern Art Gallery since 1985.

The painting was originally a commissioned work to cover up the ugly sight of a New York office window by the artist’s esteemed friend, lawyer, and art lover, Harry Torczyner.

Now the story of this famous painting by the Belgian artist and how it made its way to Israel’s largest art institution is the focus of Drifting With Magritte: Castles in the Air, the museum’s new exhibition, which offers an in-depth look at the iconic work.

With the enigmatic painting at the center of the exhibition’s powder-blue walls, the evolution of Magritte’s focus on stones and rocks is explored through related works, as well as pieces by other artists influenced by Magritte and his strange castle.

The Belgian artist and his Jewish, Belgian-born friend and patron Torczyner met in 1957 and quickly became a kindred spirit.

Torczyner had been raised by a nanny, a Dutch teacher who taught poetry and art to Torczyner and his brother. Before World War II he fled Belgium with his wife Marcelle Siva Torczyner. After the young couple arrived in New York, Torczyner studied law at Columbia University, earned a degree and opened an international law firm. However, art was his passion and Torczyner continued to buy artworks even when his young family was struggling financially.

“He had a genius at picking them,” his daughter, Evelyn Musher Shechter, told The Times of Israel over the phone.

Magritte and Torczyner corresponded regularly after the meeting, and in 1958 Torczyner commissioned Magritte to paint a portrait of him.

When Torczyner received the portrait in October 1958, he described to Magritte the family’s reaction to it: “My 13-year-old daughter … is delighted because the character … draped in a barber’s coat and with a balloon over his head will be well received for her young friends. Her big sister, who knows the power of the sovereign, admires it and my wife likes it very much and she declares that “Justice has been done”… What name did you reserve for this portrait?” 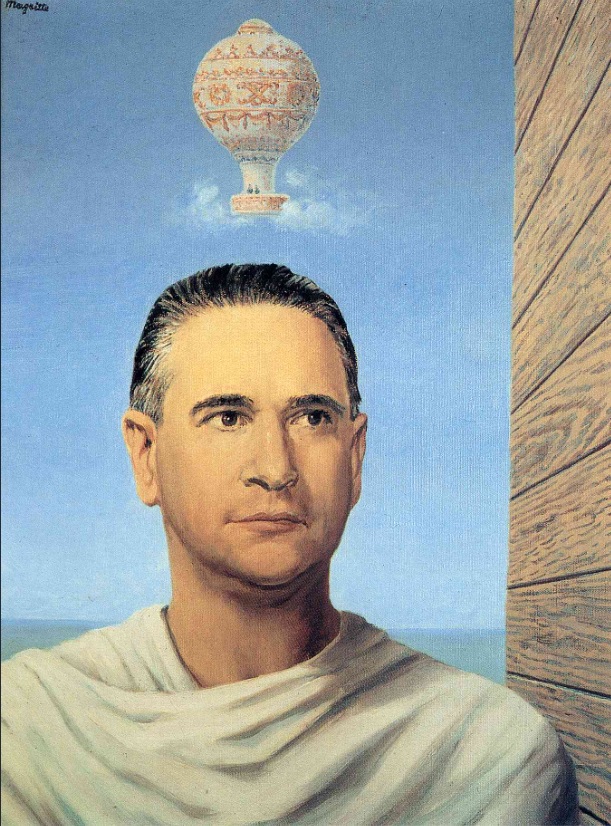 “We didn’t give a damn when he painted our father’s portrait,” said musher Shechter, adding that the walls of their rent-controlled apartment were covered with either bookshelves or paintings. “A lot of people painted my father. We liked this one because it was fun. Some others were very dark, but he loved this one.”

Magritte’s The Castle in the Pyrenees was Torczyner’s next commission, which was discussed at every turn in the correspondence between the art lover and the artist.

“Magritte worked that way too,” said musher Shechter. “He wanted that kind of input.”

Torczyner made some suggestions from the preliminary sketches, including his penchant for a rough sea, representing the North Sea of ​​his childhood but on a clear day.

After Magritte’s completion of the work, it took a month for it to reach Torczyner, who wrote that he was “in heaven”. 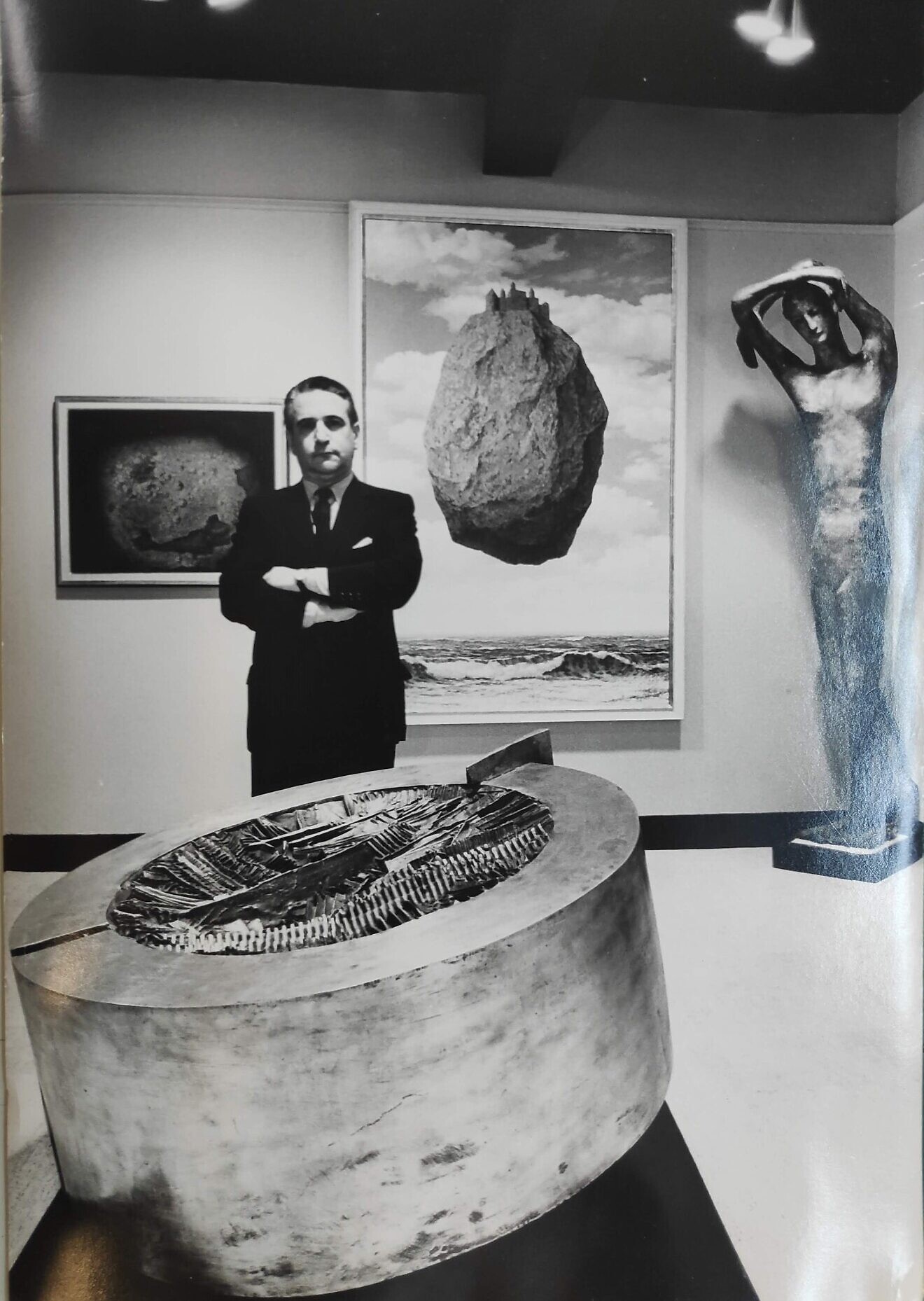 Art lover and lawyer Harry Torczyner with his commissioned work by Rene Magritte, The Castle of the Pyrenees, now the subject of an exhibition at the Israel Museum, open until October 2022 (courtesy Evi Musher Shechter)

“LONG LIVE MAGRITTE!…”The Castle of the Pyrenees” hovers majestically and proudly. It’s great… and intact! The waves of the North Sea bring me fresh air and joy. At the moment, the painting hangs on the wall while a custom-made frame is installed to cover the window,” Torczyner wrote.

The painting remained in Torczyner’s office for almost two decades, rarely being removed to be shown in exhibitions. In 1965, Torczyner persuaded the New York Museum of Modern Art to hold a comprehensive exhibition of Magritte’s work.

Torczyner preferred to be known as an art lover rather than an art collector, musher Shechter said.

But while he endorsed and bought the work of many artists, “he really made Magritte,” she said. “He pushed and pushed to get the MOMA show, and that’s what took Magritte out into the world.”

Magritte died of pancreatic cancer in 1967 at the age of 68. In 1985, Torczyner decided to donate the work to the Israel Museum on the twentieth anniversary of its founding.

“Today the Castle of the Pyrenees is leaving my office for Jerusalem,” Torczyner wrote at the time. “It will make another journey through time and space, as I have given it a trajectory as necessary as the elements Magritte deemed necessary for his painting. In Jerusalem, the Castle of the Pyrenees will join other magical rocks, towers and walls.” 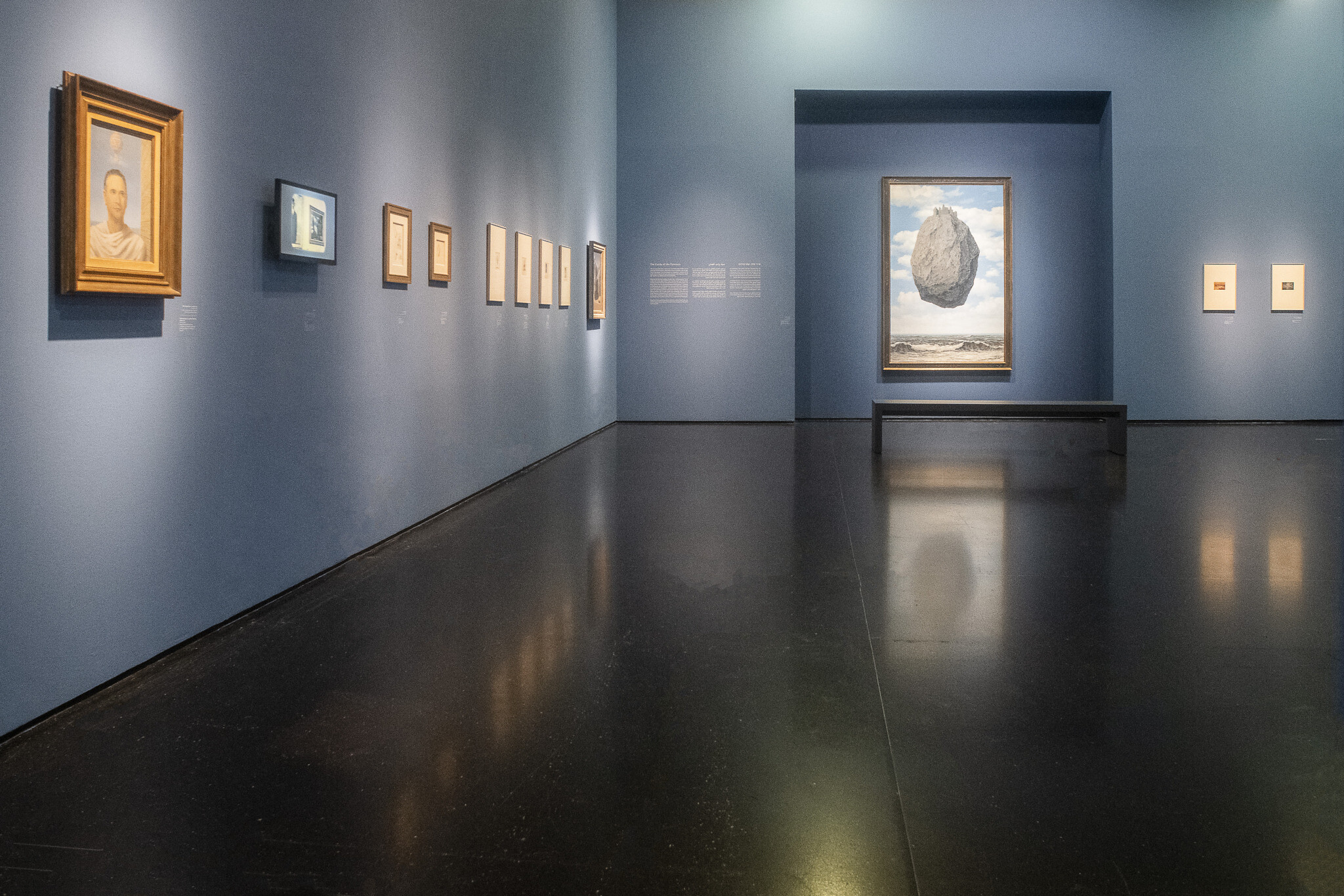 A look at Drifting With Magritte: Castles in the Air, the Israel Museum’s new exhibition offering an in-depth look at the iconic surrealist work through October 2022 (courtesy Zohar Shemesh)

Torczyner had followed in his father’s and grandfather’s footsteps both before and after the country’s founding as a longtime supporter of the Jewish state. He was a founding member of the American Friends of the Israel Museum, was instrumental in founding the Jerusalem-based institution, and worked closely with its early directors.

He thought Magritte would be popular with children, said his daughter, and this has led many aspiring artists to sit in front of the work and copy it.

“He was very adamant that it be there and not travel,” said musher Shechter. “During the [1990] Gulf War, he wanted to take it off the wall [to keep it safe]; he was very passionate about it.” 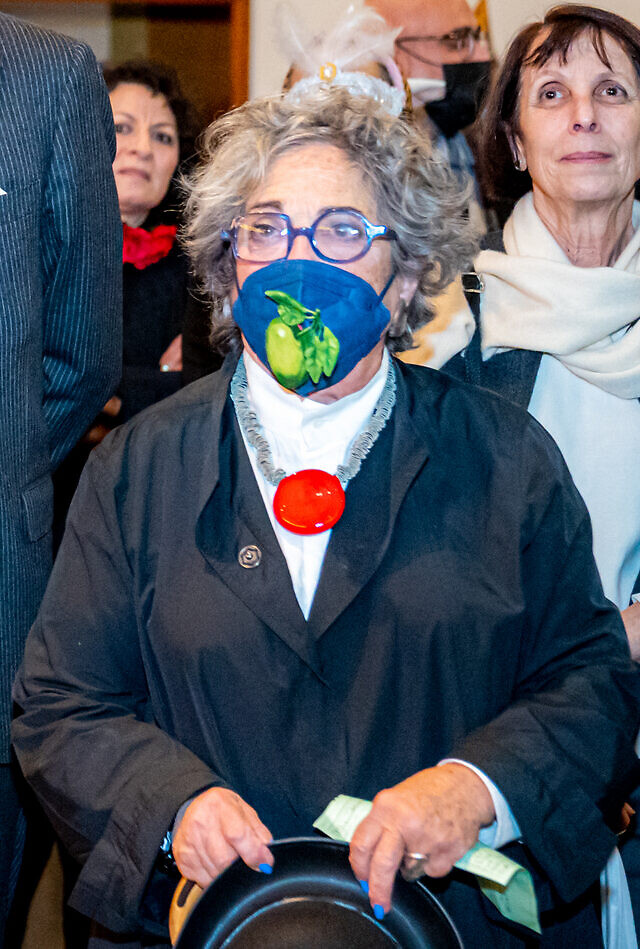 Evi Musher Shechter, daughter of art lover Harry Torczyner, who commissioned one of Belgian surrealist Rene Magritte’s most famous works and later donated it to the Israel Museum, where it is now the subject of Drifting With Magritte: Castles in the Air. a new exhibition offering an in-depth look at the iconic work of Surrealism through October 2022 (courtesy Zohar Shemesh)

Torczyner’s entire art collection was auctioned off in 1995 when he was old and ill and needed additional funds to ensure his wife’s continued care.

“The whole collection was sold,” said musher Shechter. “That [Lucio] fontanas, [Frank] Stella, the [Francis] My mother hated bacon. When they auctioned off the bacon, my mom said, ‘What do we have to pay them to take it?’”

But as a gift to the Israel Museum, The Castle of the Pyrenees has remained there to this day.

Harry Torczyner died in 1998 at the age of 87. Collection sales looked after Marcelle Siva Torczyner until her death in 2007, and many of the works later ended up in museum collections, her daughter said.

“There were paintings that were iconic,” she said, “and I always thought they belonged in public places because people were supposed to enjoy them.”