Paleontologists have identified a new genus and species of algae called algae Protocodium sinense which predates the origin of land plants and modern animals and offers new insights into the early diversification of the plant kingdom.

The 541-million-year-old fossil, discovered at a site in China, is the first and oldest green alga from that period to be preserved in three dimensions, allowing researchers to study its internal structure and the new specimen with unprecedented identify accuracy.

The study was published this week in BMC biologyand opens a window into a world full of evolutionary mysteries that scientists are only just beginning to unravel.

“protocodium belongs to a known lineage of green algae and has a surprisingly modern architecture, showing that these algae were well diversified even before the end of the Ediacaran period,” says co-author Cedric Ariea postdoctoral researcher in the Department of Ecology and Evolutionary Biology at the University of Toronto in the Faculty of Arts and Sciences, based at the Royal Ontario Museum (ROM).

“His discovery touches on the origin of the entire plant kingdom and gives a familiar name to the organisms that preceded the Cambrian explosion over half a billion years ago, when the world’s first modern ecosystems formed.”

The newly discovered protocodium Fossils were found by a team led by Hong Hua, a geology professor. and postdoc Shu Chai – both from Northwest University in Xi’an, China. It is part of the Gaojiashan Biota, the name of an important group of exceptionally well-preserved fossils in the Dengying Formation in Shaanxi Province. Over the past 20 years, this geological formation has yielded important fossil species documenting the end of the Ediacaran period 541 million years ago. 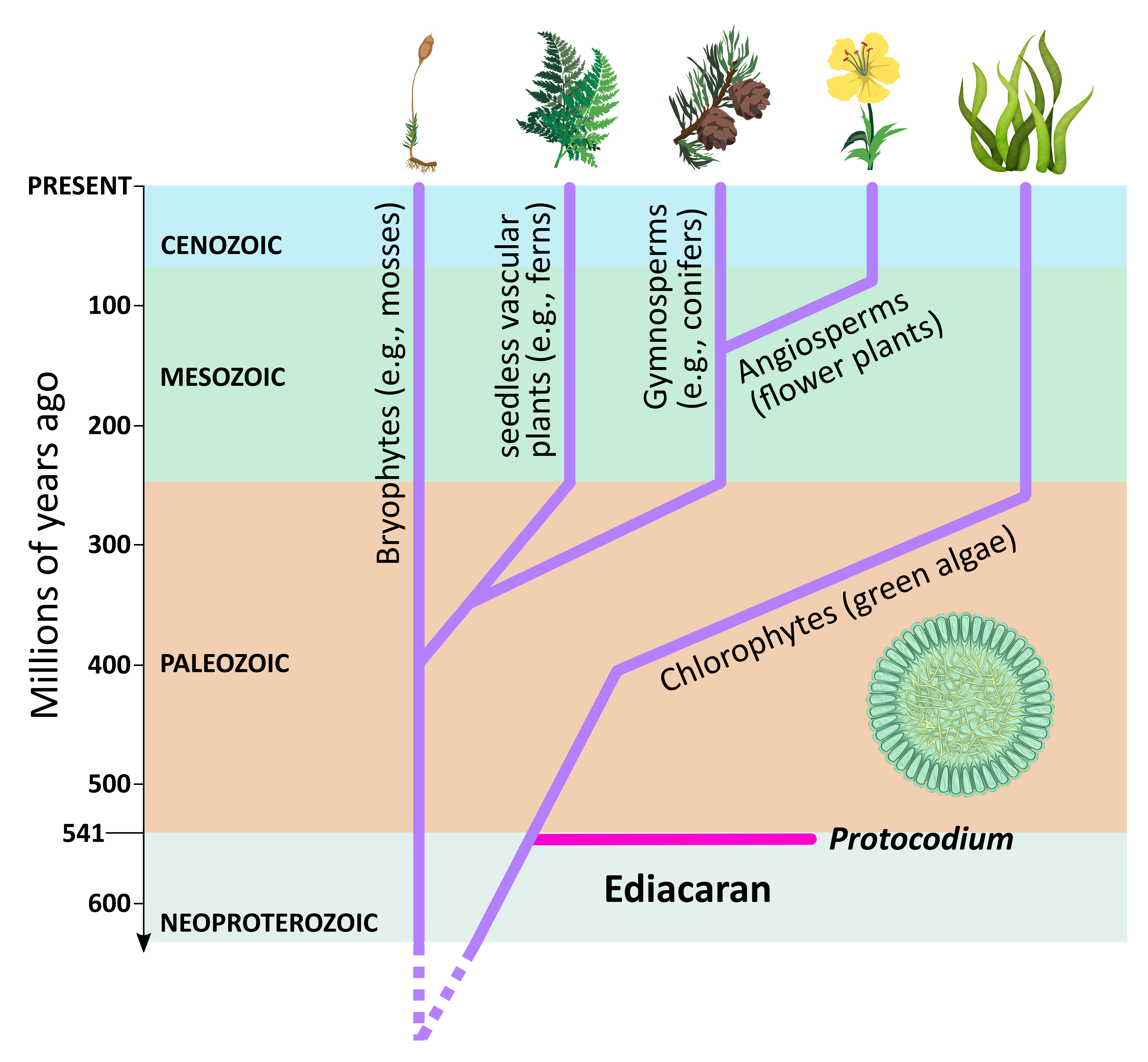 Simplified phylogeny, or tree of life, showing the relationship of Protocodium and other green algae known as chlorophytes to other important plant lineages (Illustration by Cédric Aria)

Organisms and their parts that do not originally hold minerals – other than shells or bones – require exceptional conditions to be preserved. In this case, the entire fossil and its fine cellular details were preserved in three dimensions because the original organic material was replaced with phosphate. This type of preservation allowed researchers to use various electron and X-ray microscopy techniques to virtually section the fossil, precisely exposing its internal structure and finally identifying it as a close modern relative codium Algae, a type of algae.

protocodium Fossils are small spheres, half a millimeter in diameter, about the size of large pollen grains, covered by a multitude of smaller domes. Thanks to the 3D study, the researchers determined that the domed surface is part of a complex single cell containing thin strands called siphons. This morphology is typical of certain modern unicellular algae that contain many nuclei.

The discovery of protocodium would encourage caution in identifying generic spherical Ediacaran fossils and imply that organisms like codium are in fact much older and widespread. The famous Doushantuo fossil embryos, also from China and preserved in 3D, have been at the center of debates about the deep origins of certain animal groups. Certain stages of some of these animal-like embryos resemble the unicellular ones protocodium on the outside, but 3D slicing shows how they are composed of many cells. On the other hand, numerous round 2D fossils of uncertain algal or other affinity are also known from the Ediacaran and older periods, but in less detail.

“We know that algal-like fossils are at least a billion years old,” says Chai, the study’s first author. “But so far, the flat, granular two-dimensional preservation has made it difficult to discern more than general morphological structures.” 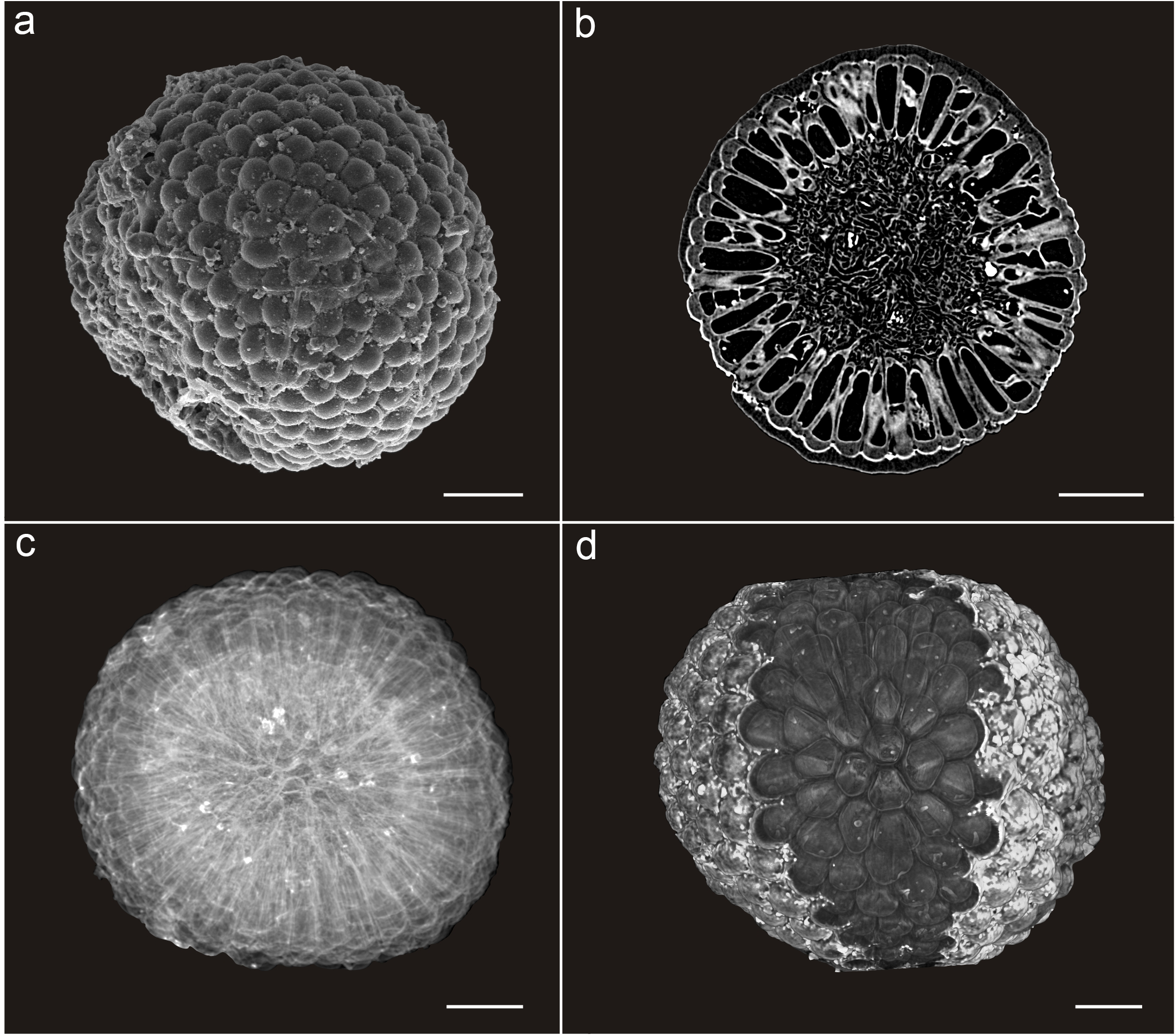 Green algae are photosynthetic organisms, meaning they convert light and carbon dioxide into sugar and oxygen. They were therefore likely important foundations of Earth’s early ecosystems, and the study suggests that green algae were already well established in the world’s shallow waters as CO2 recyclers and oxygen producers before the Cambrian explosion.

Aside from its smaller size, protocodium appears surprisingly identical to modernity codium, a species of green algae found in many oceans around the world. Certain types of these algae are notoriously invasive – such as codium fragile subspecies Tomentosoides, nicknamed “dead man’s fingers” because of their appearance, that spread along with commercially farmed shellfish. From an evolutionary point of view, green algae like antiquity protocodium and land plants share a common ancestor thought to be around a billion to a billion and a half years old — but as of attribution is likely older protocodium so close to a modern group throws the history of the entire plant kingdom back in time.

“It is very revealing that such an organism remained virtually unchanged for at least 540 million years,” says Aria. “With the Ediacaran, evolution had pushed it towards a stable zone of adaptation – it has been comfortable there ever since and has been quite successful beyond that – so much so that it is today codium leverages global trade to easily outperform other algae species.”