Frida & Diego: Love & RevolutionPresented at the gallery from June 24 to September 17 next year, has been described as the most comprehensive exhibition of Mexican modernism ever staged in Australia, and will feature iconic works by Kahlo and husband Rivera, as well as works by some of their most important Mexican artists contemporaries show .

It is the first time Kahlo’s work has been exhibited in Adelaide in almost 30 years.

Announcing the exhibit today, AGSA Director Rhana Devenport said Frida & Diego will “reveal the vitality of modern Mexican art while exploring the enduring appeal of Frida Khalo… a 21stStCentury muse revered today as a feminist and a unique political and creative force”.

Kahlo and Rivera — who were married from 1929 to 1939, then divorced and remarried a year later in 1940 — were considered radical in their art and politics, with the gallery saying the couple were at the forefront of artistic and cultural life Avant-garde stood out in post-revolution Mexico from the 1920s to the 1950s.

The more than 150 works in the paid exhibition come from the collection of Jacques and Natasha Gelman, who were close friends of the artists and formed a large collection of Mexican modernist works. They include paintings, works on paper, photographs and contemporary clothing.

says Tansy Curtin, curator of the gallery for international art before 1980 Frida & Diego will be an experiential exhibition that allows gallery visitors to get up close and personal with the artists. The works will span a period from the Mexican Cultural Revolution of the early 20th century toth Century to the end of Kahlo’s life in 1954 and examines social and cultural changes.

“It’s an exhibition that takes you on a journey through different themes, [and] Highlighting new ideas – ideas that may not be well known in Australian art history…” says Curtin.

“And then of course we get back to the story of Frida and Diego, their tumultuous love affair… Frida pursued Diego as a young student at the National Art School in Mexico City and they fell madly and hopelessly in love and had many challenges along the way.” 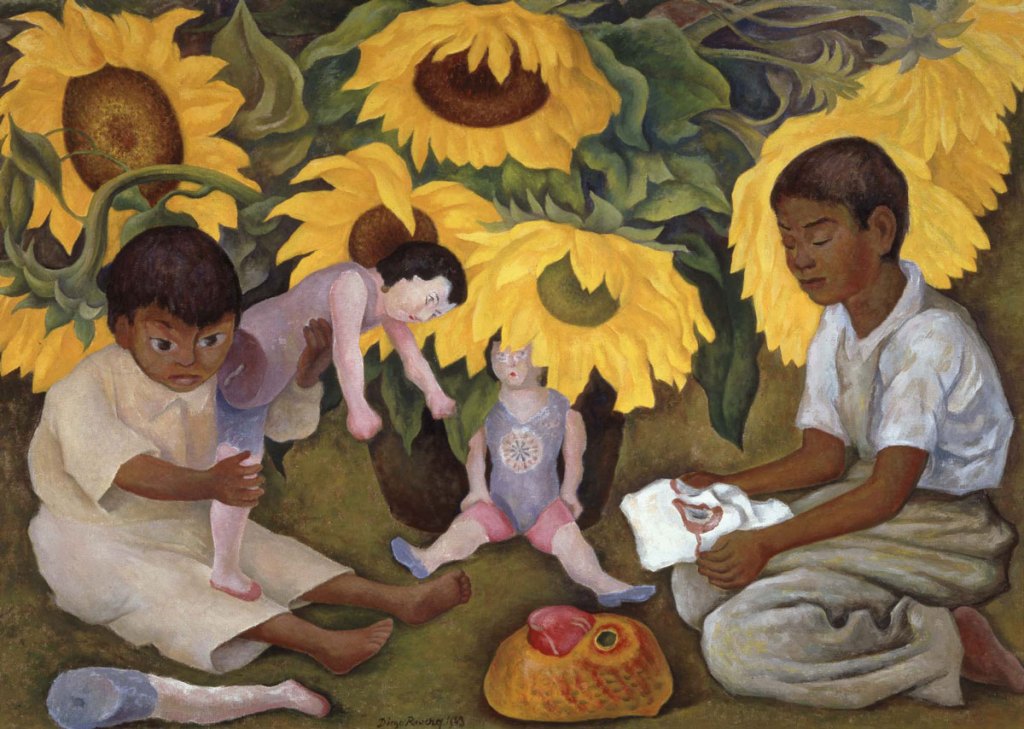 Rivera is known for his large-scale murals throughout Mexico City and the United States, while Kahlo — who only painted 146 works in her lifetime — is celebrated for her bold and powerful self-portraits, which Curtin says allowed her to express herself themselves regain their identity.

“Each new generation is made to enjoy these works by Frida Kahlo, the deep psychological connection between the viewer and Frida’s own image, and how important that idea was to bring in those wonderful period clothes, those costumes… and use them to… to reclaim the Mexican cultural identity.”

Additional highlights of the 2023 AGSA program include those previously announced Andy Warhol & Photography: A Social Media presented during the Adelaide Festival, exploring the American pop artist’s obsession with photography, and the first survey exhibition of West Aranda artist Vincent Namatjira, winner of the 2020 Archibald Prize and the 2019 Ramsay Art Prize. 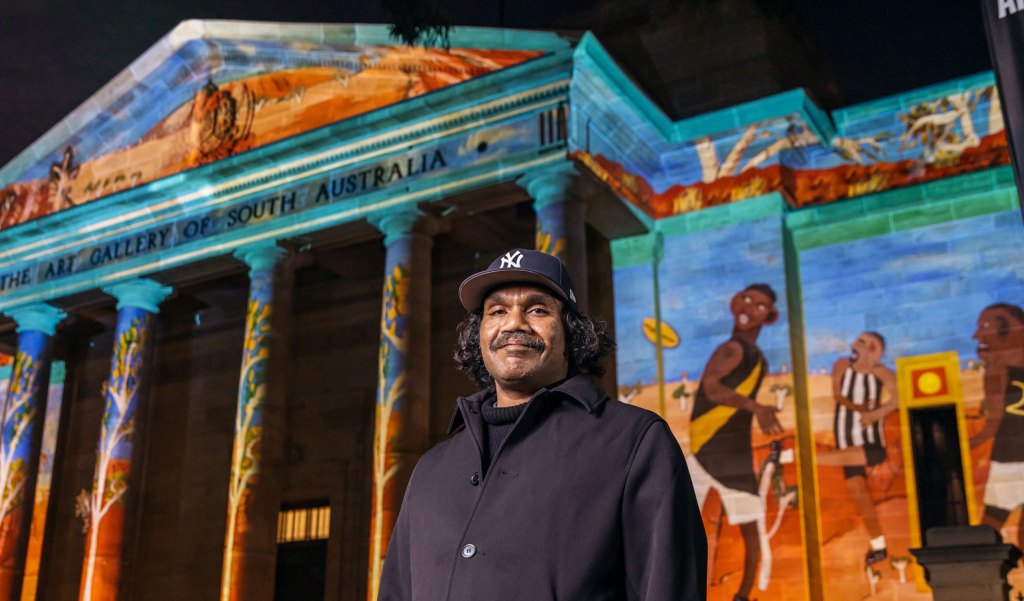 Vincent Namatjira with his work going out bushpresented at the Art Gallery of SA as part of Illuminate Adelaide 2022. Photo: Sia Duff

Vincent Namatjira: Australia in Color – featuring paintings, works on paper and moving image works from public and private collections across the country – will be presented at the gallery in October as part of the Tarnanthi Festival 2023 and will then move to the National Gallery of Australia in 2024.

After being presented online for the past two years, the popular Tarnanthi Art Fair will return next year as a physical event, this time at the Adelaide Entertainment Centre.

From May to early August, AGSA will present an exhibition exploring the life and 60-year career of pioneering South Australian potter Milton Moon, while the work of the 2023 Ramsay Art Prize finalists will be on display for three months following the announcement the winner on 26.

Your support will help us continue InReview’s important work in publishing freelance professional journalism that celebrates, challenges and expands arts and culture in South Australia.