It’s been almost a year since Meow Wolf’s Convergence Station – the interactive psychedelic art exhibit – opened in Denver. However, it seems that Meow Wolf has always been a part of Denver. The creative spirit of the exhibit, beautifully expressed at last weekend’s Vortex Music Festival, is a living, breathing embodiment of Denver’s artistic community. The Vortex Festival was exactly what it sounds like: a whirlwind into moments of maximalism; a container for artistic intent, unconventional production and, of course, great music. Here are four ways the Meow Wolf Vortex Festival represented Mile High City’s creative community.

Stepping into the new “Junkyard” venue where Vortex took place, it’s hard to believe that the space used to be a real junkyard. The repurposed concert site has been completely transformed into a colorful display of crystal statues, confetti ceilings and psychedelic jungle gyms. This was Vortex’s first year in Denver, but you wouldn’t tell by walking through the newly renovated premises.

Although this is the third official Vortex music festival (previously held in Taus, New Mexico), the challenge of rooting the experience in a new space cannot be underestimated. However, the traditional flaws of new festival spaces were nowhere to be found. Everything worked like a well-oiled machine, fueled by creative impulses, careful planning and lots of colorful art and people connecting with their surroundings. There was plenty of space and great sound production. Thankfully, the visual arts never competed with music. They coexisted and complemented each other with mutual respect. 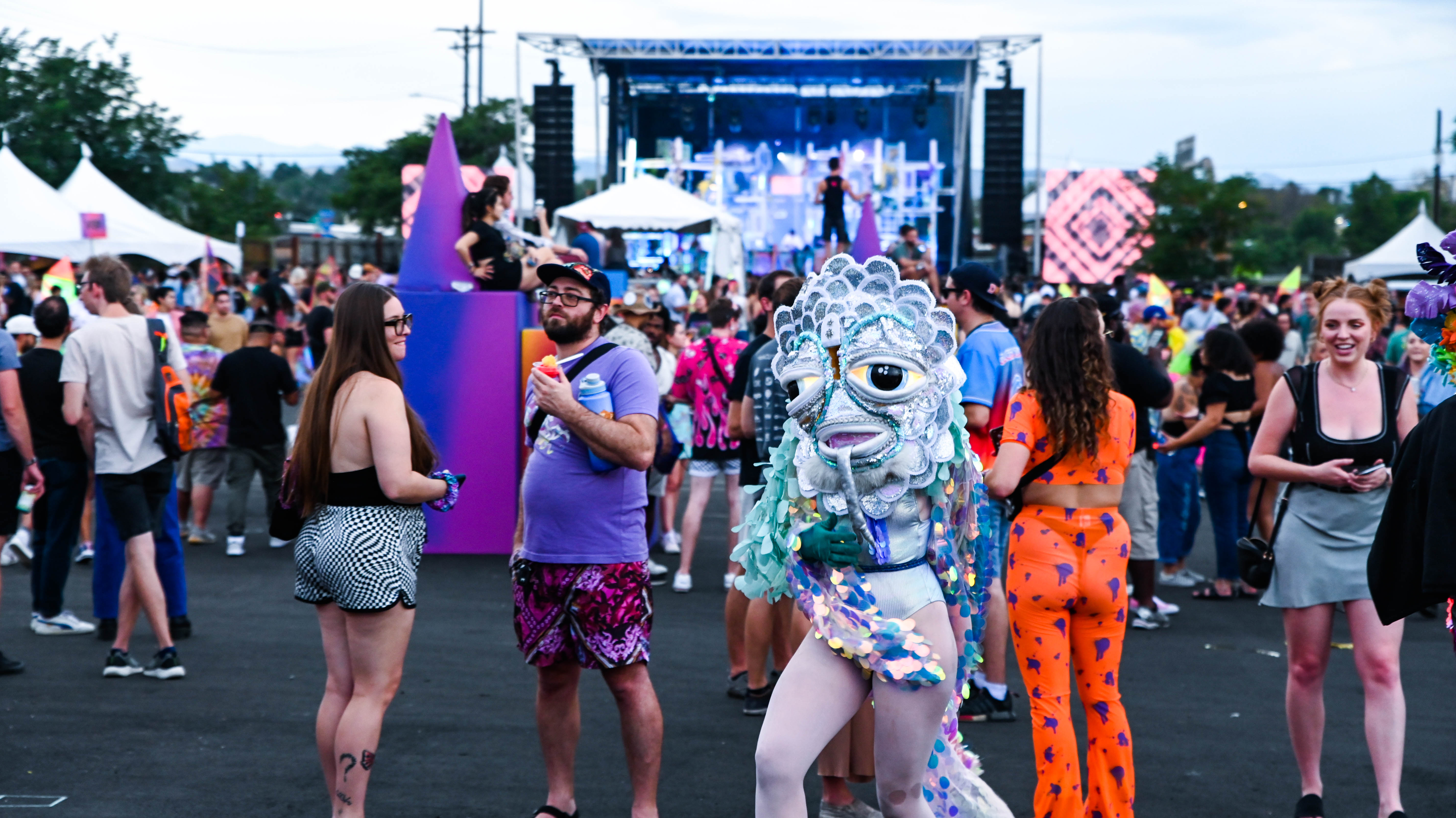 Meow Wolf exists at the intersection of visual art and music. It always has. Years ago, before Meow Wolf grew into the multi-million dollar creative powerhouse it is today, the Meow Wolf experience was a lot simpler — warehouse dance parties.

Meow Wolf sees the dance floor as an immersive experience in itself. This abstract idea that laid the foundation for Vortex Festival became the cornerstone of creativity throughout the weekend. Music festivals, no matter how big or small, often act as containers – a kind of time capsule. Vortex was an invitation to look at music and visual arts through a new lens. The monumental yet strangely simple nature of the experience transformed the perceived potential of urban festival spaces. Featuring 10ft tall Meow Wolf characters dancing their way through the crowd, colored crystal pillars and a full “living room” art room designed by Kyle Singer that acted as a lounge area somewhere between an interstellar supermarket and a play area for one mystical youngsters, the entire space really felt like an immersive art exhibition. 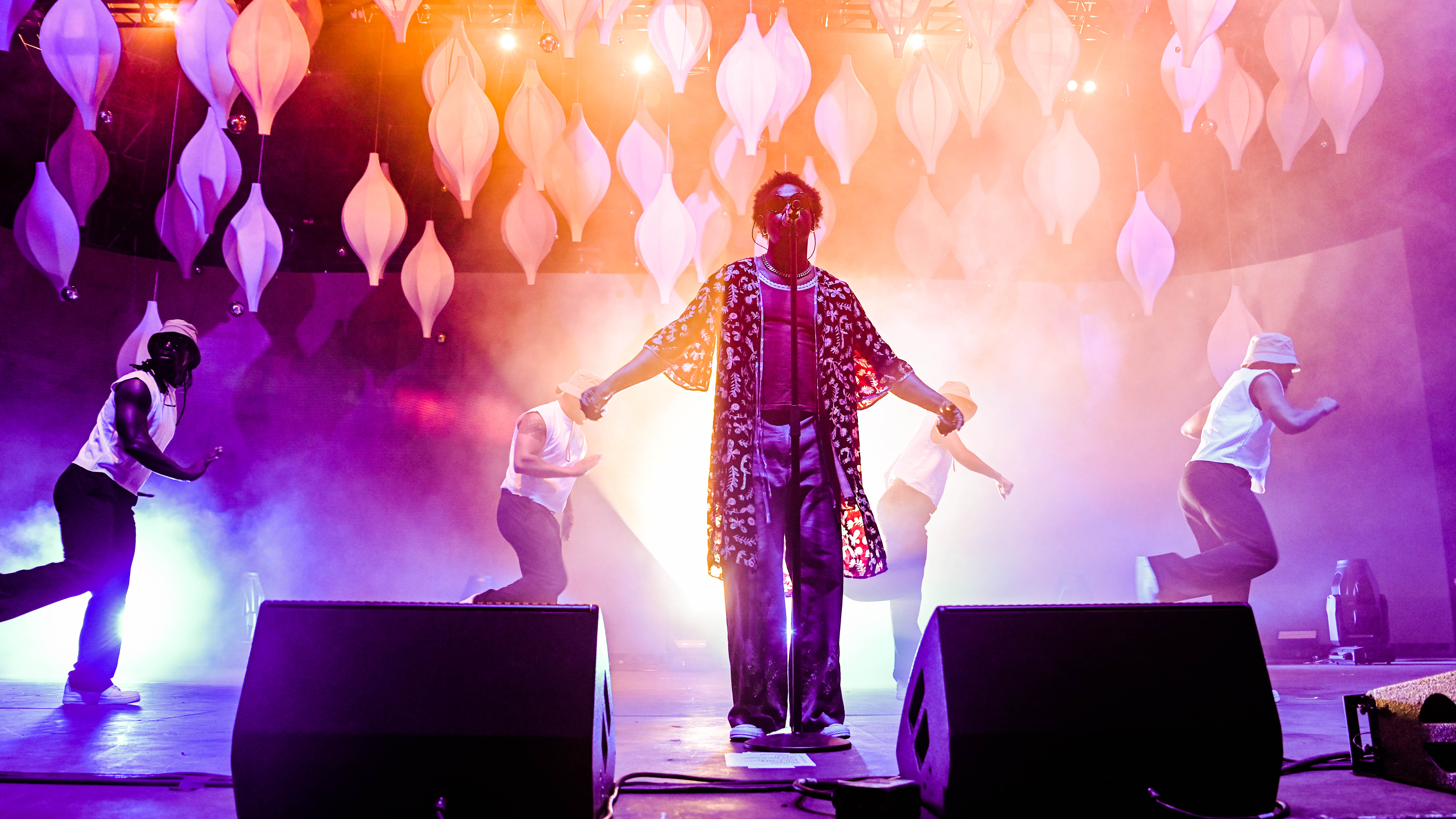 If the dance floor was their own artistic experience, then the vortex stages were the living canvas. Designed by Jon Medina, who also contributed to Beacon’s modern creative vibe, both the Atriā and Arā stages have been transformed into dynamic, vertical centers for performers to dance, party and let their creative spirits run free.

Inspired by the eerie, natural power of overgrown greenhouses, the Atriā stage resembled an industrial jungle gym lost in space. Covered in reflective stained glass in tones of orange and green, the strobe lights reflected off each piece of stained glass with dazzling grace – a perfect home for the deep house music that echoes through the audience throughout the weekend.

The Arā stage, on the other hand, took a simpler approach. Designed to challenge the verticality of traditional stages, floating colored projection spheres hung from the roof and resembled a lantern festival – except the lanterns flashed all sorts of colors while acts like Channel Tres and 100 Gegs got weird and danced under the spectacle. 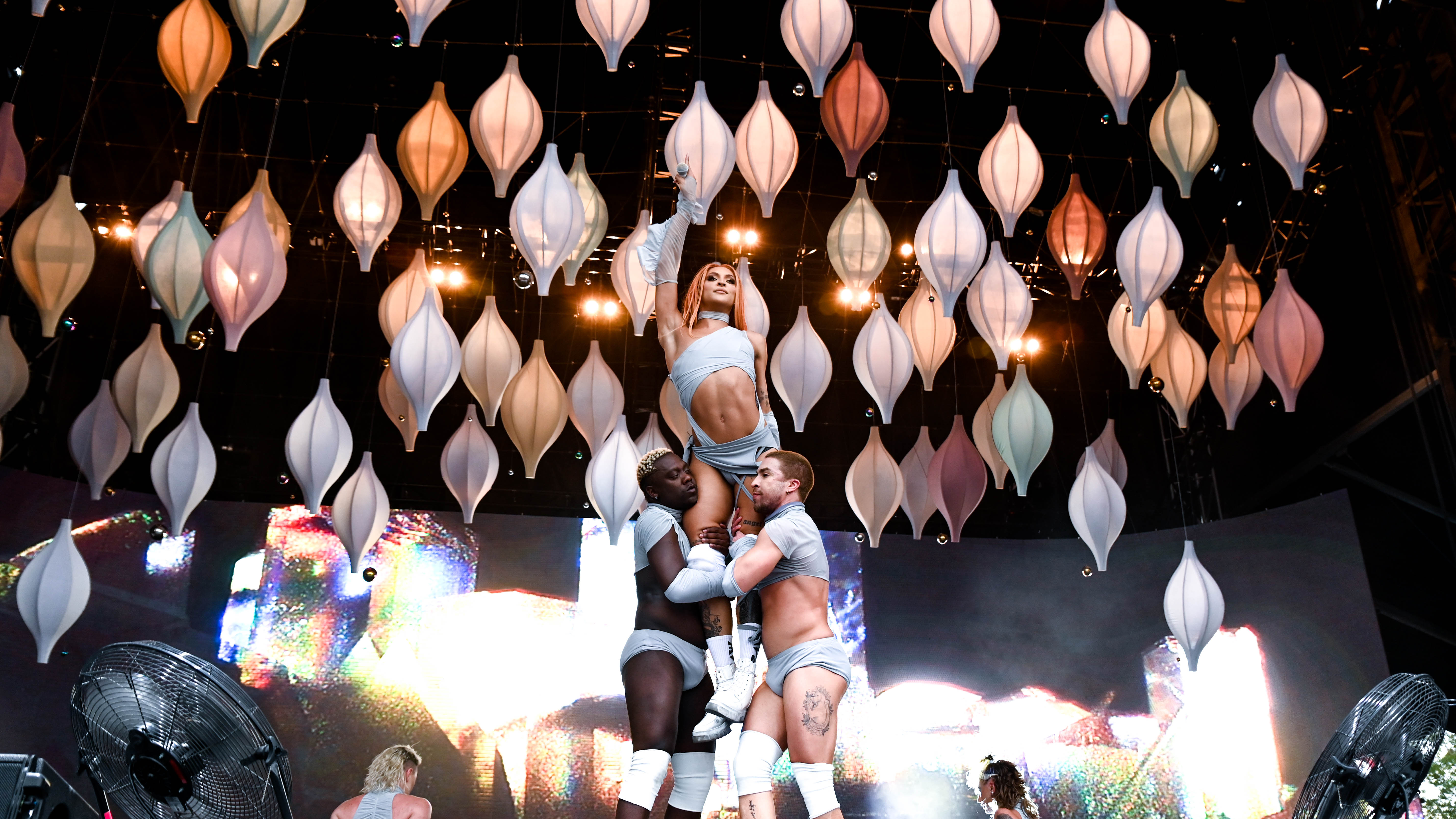 From a mile away, the pounding beats of DJs could be heard as festival-goers dared to enter the Vortex. Meow Wolf didn’t shy away from his warehouse roots. Still, they were able to turn the classic Warehouse experience into a three-day festival, selecting a diverse array of DJs and artists to spread the original energy of these late-night dance parties. On Friday night, Pabllo Vittar, a drag queen and singer from Brazil, mesmerized the crowd with her colorful stage presence. Channel Tres and Toro y Moi put the crowd on a dance frenzy with intricate grooves for the audience to lose themselves in. Each song was more captivating than the last.

In a complete tonal shift, the Vortex urged fans to check their old selves at the door on Saturday. It rained cats and dogs as fans jumped for joy to Bladee’s edgy hip-hop beats, creating lifetime memories of sheer ecstasy as they danced in the rain. While Denver was soaking wet, 100gecs hit the crowd with a burst of energy. Mosh pits literally pushed each other into a new reality of space and time. The liveliness didn’t end on Sunday, although the day brought some throwback energy. BoyHarsher’s 80’s inspired drum patterns and the hazy stage created space for dance, nostalgia and reflection over the weekend. At the conclusion of the festival, Bob Moses gave the dance party one last hooray. Organic drums, guitar riffs and euphoric drops left Denver’s creative community inspired, rejuvenated and eager to create their own world.

Just a block away, a whole new world spun in orbit on the Atriā stage, where DJs played a diverse array of dance music ranging from house, dubstep and drum & bass. Here fans could really lose themselves while mingling with others where the dance floor was body to body. Duke Dumont stole the show with an impressive house set reminiscent of ’90s crossover house. The relentless energy was everywhere – pounding beats kept the chest flapping between sets all the way to the Arā stage. The dance floor blended perfectly with the visual art, music, dynamic stages, psychedelic light shows and 10ft Meow Wolf characters parading around. All in all, every detail has been considered to create a completely unique sensory experience.

All photographs by Kori Hazel