A rendition of “The Master”. /CGTN

A rendition of “The Master”. /CGTN

The woodcut is one of the oldest forms of printmaking. In the history of contemporary Chinese fine arts, there is a great masterpiece of this genre that has served as a source of inspiration for professional artists and the general public for decades.

With thousands of blade strokes, “The Master” portrays a Tibetan. Created 40 years ago by husband and wife team Xu Kuang and A Ge, it emphasizes the human presence in a direct and uncomplicated way and rings out as an ode to the ancient Qinghai-Tibet plateau. This representative Chinese woodblock print is also intertwined with the artistic career and life story of its creators.

In 1977, a year before China adopted its reform and opening-up policies, Xu Kuang and A Ge embarked on a journey to the country’s Tibet Autonomous Region, collecting materials and drawing inspiration for a woodcut depicting the region’s peaceful liberation in 1951 themed.

Recalling this unforgettable journey, A Ge described Lhasa, the capital of the Tibet Autonomous Region, as “a city full of music”. “We had never seen such celebrations. All Tibetans gathered in the parks and celebrated their holidays. So we immediately started sketching,” A Ge recalls. 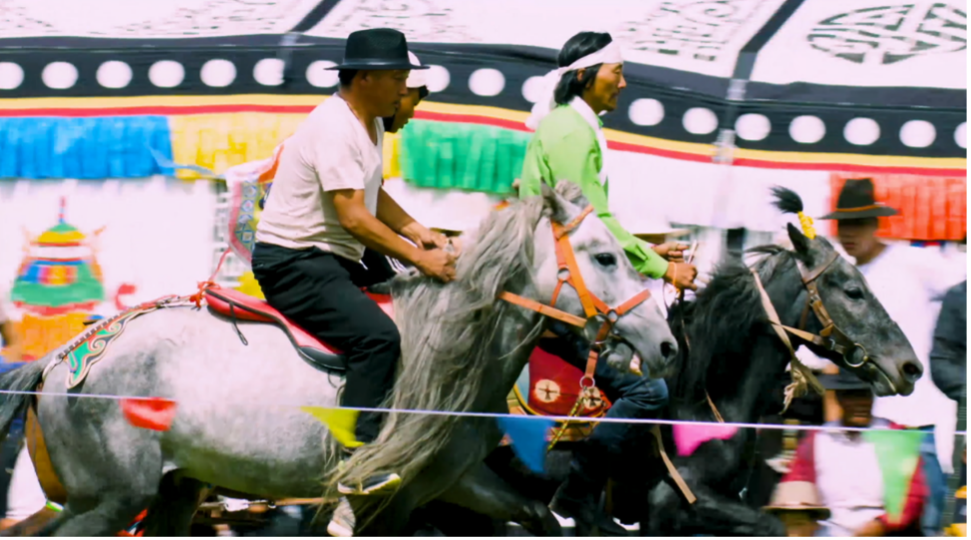 After spending eight months under the clear blue skies and snow-capped peaks of Tibet, Xu Kuang and A Ge made hundreds of sketches to capture the perfect picture. And finally they found their muse.

“There was a horse race in Dangxiong Grassland where we met this Tibetan man. He just looked amazing. I told Xu Kuang there was no time to draw a sketch, guy,” A Ge said, recalling that chance encounter with the subject of The Master.

A split-second snapshot recorded an image that would later be immortalized in a more traditional art form, with this Tibetan man playing a key role in an important work in Chinese art history.

At the time when Xu Kuang and A Ge were busy creating their works, China was reviving its national art exhibition, for which A Ge wanted to submit “The Master”. But just ten days before the deadline, A Ge became unwell from pregnancy and had to stop work. This forced the couple to make a difficult decision.

“I was struggling so Xu Kuang had to take over as there wasn’t much time left. I told him to drop the background and just keep the main character,” A Ge said. “It turned out to be a wise decision. It drew people’s attention to the issue, I think,” added Xu Kuang. 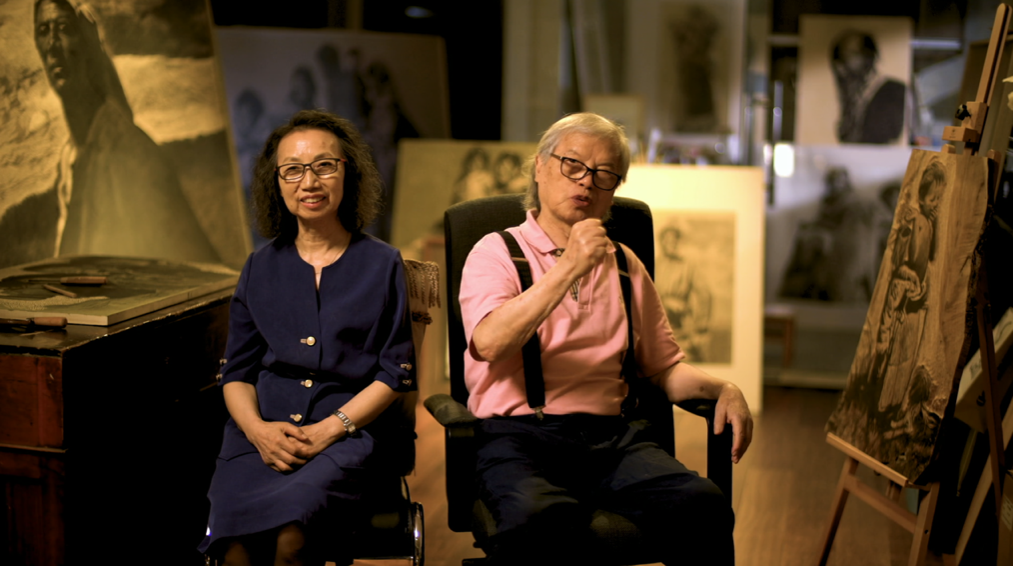 Xu Kuang (R) and A Ge share the origin story of The Master. /CGTN

Xu Kuang (R) and A Ge share the origin story of The Master. /CGTN

Although time was running out, Xu Kuang refused to compromise. He insisted on capturing the “soul” of the subject. Using his finely honed skill with the knife, he made the engraving narrow and dense to enhance the effect of shading, while using the round blade to accentuate the sense of volume.

The man’s hands gripping his pickaxe speak of his strong willpower, which had to be made visible through quick, spontaneous cutting. Most original, however, was the depiction of the front of the hero’s dark-colored Tibetan robe.

“I slashed the level blade across the wood surface. There isn’t much of a cut, but the black mass has a layered feel that reflects the human face,” Xu said.

With the translation of the image onto paper, “The Master” was finally created. This Tibetan could be a herdsman repairing his fences or a casual spectator of the race, but his attitude embodied the spirit of a strong and forward-looking Tibet full of hope.

“The Master” also inspired the nation.

It received the Gold Award at the 5th China National Exhibition of Fine Arts, with its innovative techniques being widely admired. After the arrival of “The Master,” China’s woodblock artists have since chronicled the lives of numerous “masters” of their own destinies.

Now, after over 40 years, the artwork still looks fresh and vibrant and retains its proud place in the artist’s studio. As a testament to the couple’s prolific career, it also captures the moment of the dawn of a new era.